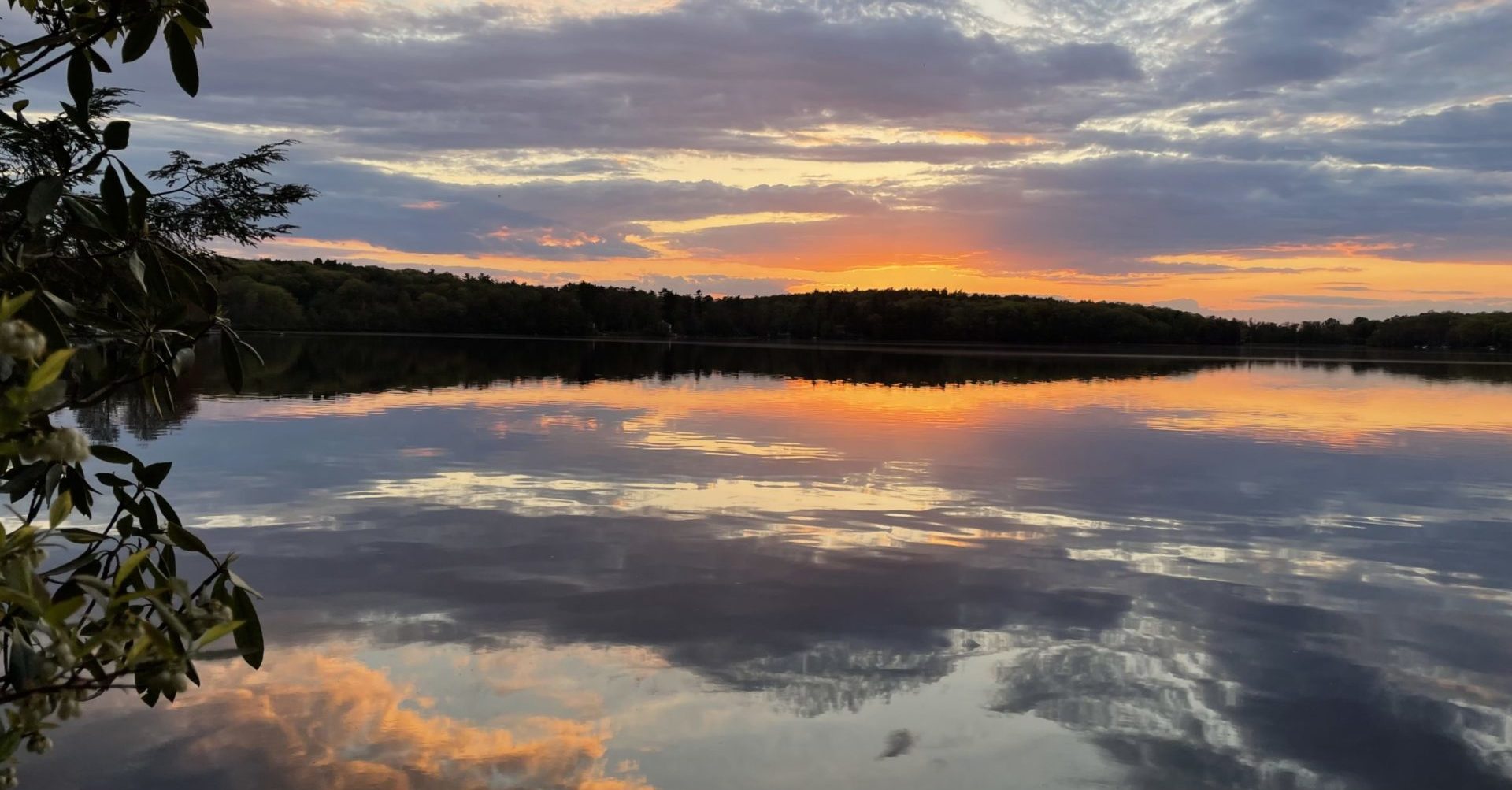 During the early years of the nineteenth century (1800-1840) the land in and about our lake was a vast wilderness owned by Robert L. Livingston. Livingston Manor perpetuates the name of this early pioneer family. As more hardy souls came to Sullivan County, Livingston divided his large holdings into a number of tracts and the land was cleared for farming by the new owners, notably Brutis, Billings, Benedict, Clarkson, Coddington, Eldredge, Foulwood, Gale, Hannon, Hardenburgh, Lord Misner, Meola, McKee, Thompkins, and Wagner.

The canal began to die when the railroads reached Kingston in 1865-1866 and were doomed when the New York and West Shore Railroad came in 1883. The Canal was abandoned in 1899 and the Company relinquished their water rights and gradually sold their real estate holdings.

During the period following the abandonment of the Canal and up to 1924, the lake, and much of the adjacent land was acquired by Thomas Watts, a prominent lawyer of Middletown, NY. He formed the Foulwood Lake Realty Corporation and the lake was known as “Foulwood”, probably taking the name of an earlier settler. Mr. George L. Becker recalls that when he first came to Rock Hill in 1906, Tom Watts owned the “Whipporwill Lodge”, a small fishing shack on the north shore. This was the only “Cottage” on the lake and was enlarged and modernized, occupied by the Ousterhout family.

There were no roads anywhere around the lake. Oscar and Gaylord Lows father ran a boat concession at the north side of the dam and also sold baitfish. Fishing was excellent in those days. In 1919, When Mr. Becker his first property from Russell Lord, there were only two cottages on the west shore. Mr. Hannon had an ice cream store on the south shore, right on the waterfront, and Mrs. Hannon was catering to summer boarders from New York City. It was there, while working as a hostess, that Miss Elizabeth Tracey of New York City, met Ed Brundage of Rock Hill. They were married in 1923 and purchased the “Country Club” store and property of Dan Avery in 1927.

About 1918, Mr. J. Louis Schrade of Walden, New York, and his associates organized the Wanaksink Lake Development Co. and the Wanaksink Lake Corporation. They acquired Foulwood Lake and all the surrounding land, except the Hannon tract, from Thomas Watts and other owners over a period up to 1925. “Foulwood” became Wanaksink Lake.

The Walden Y.M.C.A. was induced to sponsor a summer camp on the lake, forming the so-called Walden Colony, which later became the nucleus of our present club. Harry Seely owned the point now occupied by Mrs. Stanton, and this point and the Y.M.C.A. building served as a meeting place for the first group assemblage. On clear Sundays, a non-sectarian hymn sing was held outdoors. Phil Rigby accompanied the singers on his violin. When the Community house was completed about 1930, Sunday afternoon services were held there under the leadership of the Rev. Theodore F. Bayes of Rutgers University Theological Seminary. The lake colony was growing.

The Middletown point section developed by the north shore, but it was not until 1947 that a road connecting the two districts was completed.

The South Shore was developed about 1928, with the erection of the Swiss Chalet cottages by Mr. Millspaugh and associates. Sandy Beach, on the South Shore, became a swimming resort and stimulated much community interest, leading to the establishment of the Wanaksink Lake Improvement Association.

Late in 1934, we were confronted with making a momentous decision. The Wanaksink Lake Corporation was receiving offers from outside interests to purchase their assets. It became apparent that to perpetuate the community and protect individual property owners the only course open was to collectively buy the lake property. If possible. Prodded by necessity, The Wanaksink Lake Club was organized and incorporated in 1935, for the specific purpose of buying the property. After protracted negotiations, the Wanaksink Lake Corp. agreed to sell their assets for $60,000.

The terms were harsh on our little community—only three years in which to pay at least $40,000. The balance of purchase by money bond and mortgage payable in two equal annual installments with interest at five percent per annum.

The contract was signed on August 19, 1935, and the drive was on to raise the money. Membership stock (Common) and Preferred stock were offered at $100 per share. Subscribers were induced to increase their common stock investment by the purchase of lots at a discount from their the priced value. Many were skeptical. The drive dragged along, and it was hard sledding to meet the payments when due. Finally, $42,000 was subscribed, and we were able to meet the contract terms. On June 2, 1938, we executed a mortgage for $17,500 and received the deed to the lake and property. This account simply records the final accomplishment. It cannot reflect the care and anxiety of those critical days.

Anxious to pay off the mortgage as soon as possible, the stockholders, on July 27, 1940, authorized the issuance of Mortgage and Debt Retirement notes in $25.00 denominations, redeemable at any time, or from time to time, by lot with accrued interest at 4% per annual. Another drive was to sell notes, but with confidence established, a total of $15,850.00 was shortly realized. The notes were issued on October 1, 1940, and on October 10, 1940, the 3 officers accompanied by our attorney, Mr. George C. Felter, attended a meeting in Middletown, NY, with Mr. Walter J. Seely and the late Judge Bright is representing the Wanaksink Lake Corporation. At this meeting, the balance due on the mortgage was paid. The mortgage was canceled of record by the Clerk of the County of Sullivan on April 21, 1942. At long last Wanaksink found a permanent home. Only by a vote of 90% of the outstanding membership stock, can the entire assets of the club be sold.

In 1941, the directors decided to retire the note issue as quickly as practical—$1000.00 annually, if possible. On October 1, 1950, the last note was paid. The goal set in 1941 was accomplished in record time without sacrifice of any service of property maintenance. In fact, during this period, many major capital improvements were undertaken and completed.